On January 27th, I was proud to do photography at the Eric Johnson show at the House of Blues in San Diego, CA. Eric has always been in my top three guitarists list since I fist saw him on his tour to support his first album in the 1980’s. So, I was very excited to shoot this show! 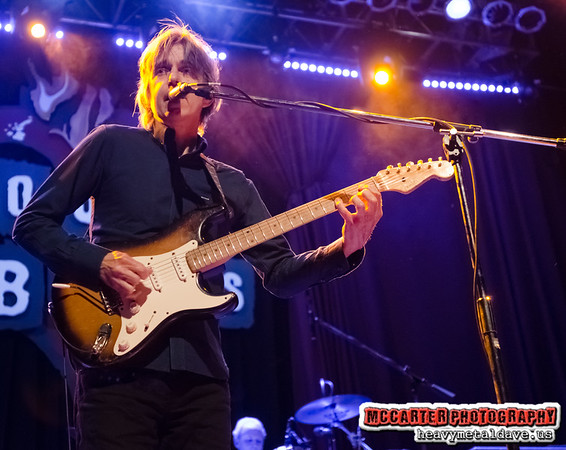 Eric is a “guitarists guitarist”. Like at the show in the 80’s, I would estimate that 90% of the guys there are guitarists or want to be. The only women at the show were the few that those guitarists convinced to come, including the woman sitting next to me. She ending up loving the show that included guitarist Arielle from Austin, TX opening and playing a few tunes with Eric.

Eric still seems pretty shy and rarely looks at the audience, which is fine with me. We aren’t there to look at him… okay, maybe his hands (which I call “alien hands” since they do things I’ve never seen a human hand do). We are there to listen to him.

Here are some observations that I made during the shoot and the show. First, Eric hardly looks different from the 80’s.  At age 63, the only thing different was his hair color and maybe a few wrinkles. Being a guitarist, the biggest thing I noticed was his pedal board (see below). It looked to me that he has not upgraded from the first time I saw him (or cleaned). Only his amps looked newer. Previously he played through 3 amps but I saw 5 at least. He is pretty busy with the right foot switches to switch between the amps. It also looks like he is also using his original tape delay machines (I’m sure there aren’t many of those left in the world).

With the ever-changing world of guitar pedals and effects, Eric stays true to his roots and to his tone.

I’d like to thank the House of Blues and LiveNation for allowing me to shoot this show. Steve Vai and Joe Satriani, you are next on my list to photograph, since you are the other two in my favorite three guitarists list.

One thought on “Eric Johnson at the House of Blues”